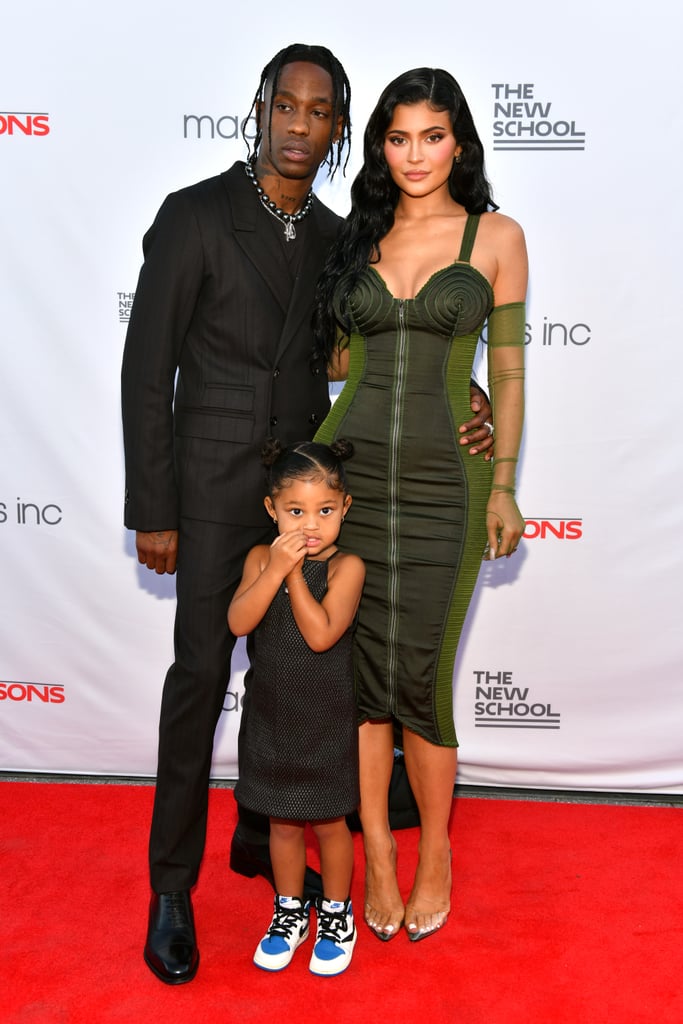 Um, excuse me, are Travis Scott and Kylie Jenner officially back together? On Tuesday night, the former couple made an appearance at the 72nd Annual Parsons Benefit in NYC where Travis was accepting an award. They walked the red carpet together with their 3-year-old daughter Stormi — their first event as a family of three in nearly two years since Kylie and Travis split in October 2019.

Rumours about Kylie and Travis rekindling their romance have circled for some time now, and according to E! News Travis all but confirmed this speculation in his acceptance speech. "Stormi, I love you and wifey, I love you," he said. Wifey, you say? I love you, you say? Iiiinteresting. Kylie also shared a cosy photo of herself and Travis at the event captioned, "24 hours in NYC." The couple hasn't confirmed their relationship publicly, but all signs point to a flirty reconciliation. Check out more photos from their night on the red carpet, ahead.

Celebrity Kids
Usher Is Going to Be a Dad of 4 Soon! Meet His 3 Kids, Who Are About to Get a Baby Sibling
by Alessia Santoro 1 week ago

Celebrity Kids
We Can't Get Over How Grown Up M. Night Shyamalan's Daughters Look at His Premiere
by Kelsie Gibson 1 week ago

Celebrity Kids
Blake Lively Accuses Paparazzi of Stalking and Frightening Her 3 Daughters: "It's F*cking Scary"
by Karenna Meredith 1 week ago