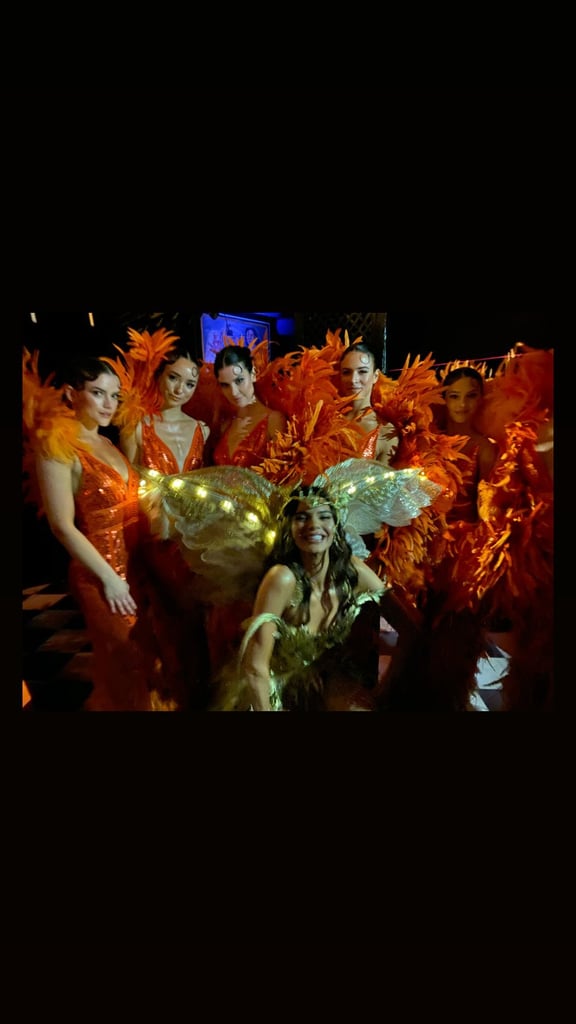 Kendall Jenner celebrated her birthday a few days early with a star-studded Halloween bash in LA on Oct. 31. The model — who turns 24 on Nov. 3 — dressed as a golden fairy and partied the night away with her nearest and dearest including Kylie Jenner, Kourtney Kardashian, Kacey Musgraves, Hailey Baldwin, and Gigi and Bella Hadid. Kourtney kept things sexy in a Kacey Musgraves-inspired costume, while Gigi was nearly unrecognisable as Jim Carrey's character from The Mask. For her birthday last year, Kendall celebrated on a party bus and sang karaoke, but I think this party definitely topped that. See photos from Halloween festivities ahead!