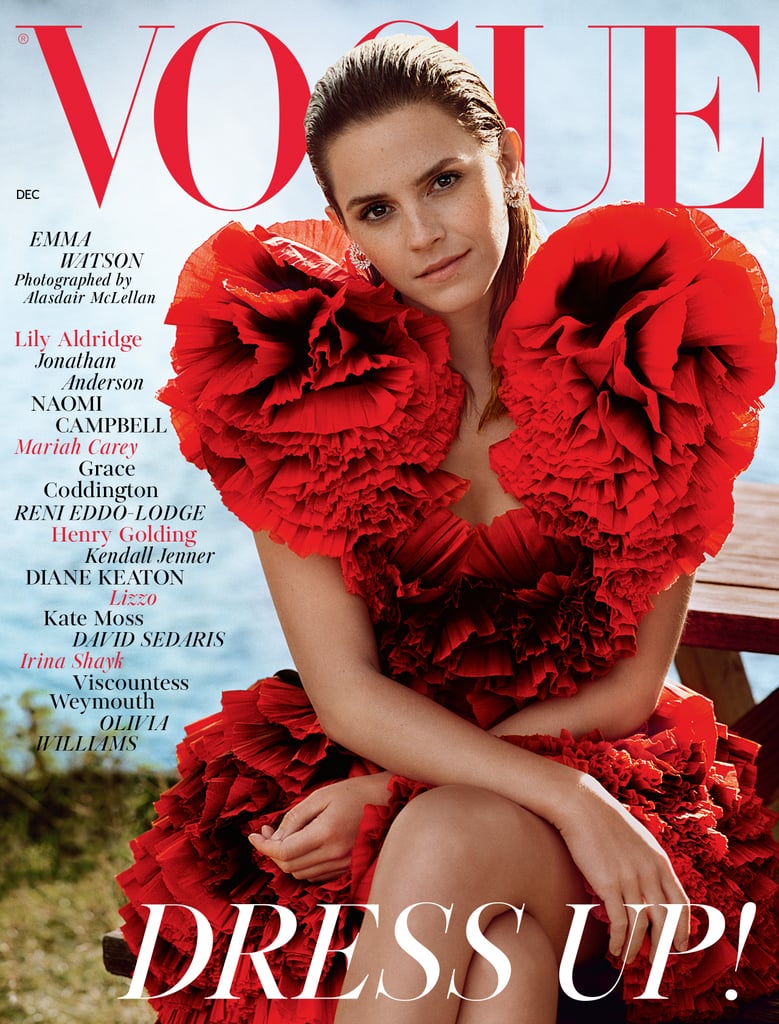 Emma Watson is the cover star of the December 2019 issue of British Vogue, and in the accompanying interview, she has some interesting things to say about heading into her 30s. The Little Women actress won't celebrate her birthday until April next year, but it sounds like she's already contemplating the changes that will come as she reaches the milestone.

"I was like, 'Why does everyone make such a big fuss about turning 30? This is not a big deal . . .' Cut to 29, and I'm like, 'Oh my God, I feel so stressed and anxious.' And I realise it's because there is suddenly this bloody influx of subliminal messaging around. If you have not built a home, if you do not have a husband, if you do not have a baby, and you are turning 30, and you're not in some incredibly secure, stable place in your career, or you're still figuring things out . . . there's just this incredible amount of anxiety."

She also opens up about her thoughts on love, and it turns out she has a unique way of referring to her current relationship status. "I never believed the whole 'I'm happy single' spiel . . . I was like, 'This is totally spiel.' It took me a long time, but I'm very happy [being single]. I call it being self-partnered," she told journalist Paris Lees. Though she has been linked to some famous men in the past and was recently spotted kissing a mystery man in London, Emma has been focused on her work (in both acting and activism) over recent years, and that has no doubt had something to do with this new-found independent spirit. You can find out more when the full feature appears in the December issue of British Vogue, available via digital download and on newsstands on Nov. 8. 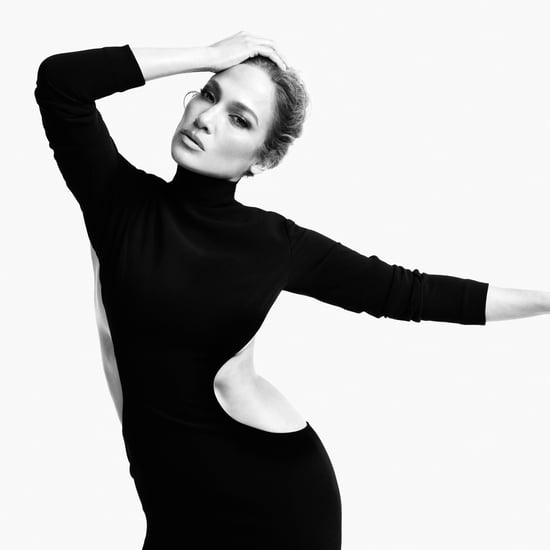 Celebrity Style
J Lo's Latest Cover Shoot Begs the Question: Who Gave Her Permission to Look THIS Amazing?
by Nikita Charuza 1 week ago 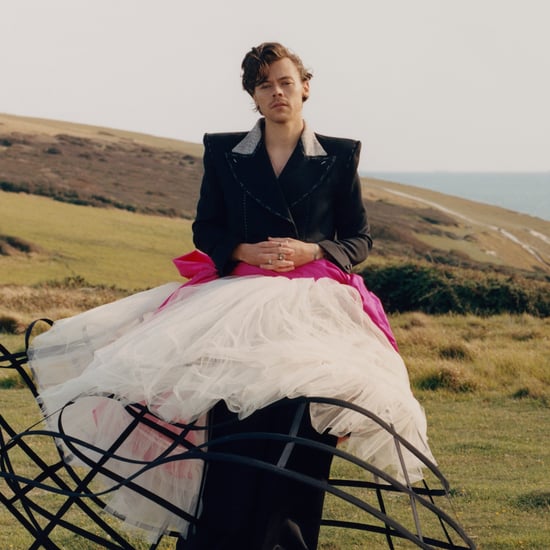 Celebrity Interviews
Yes, Lashana Lynch Is the First Black Female 007, and You're Just Going to Have to Get Over It
by Mekishana Pierre 3 weeks ago