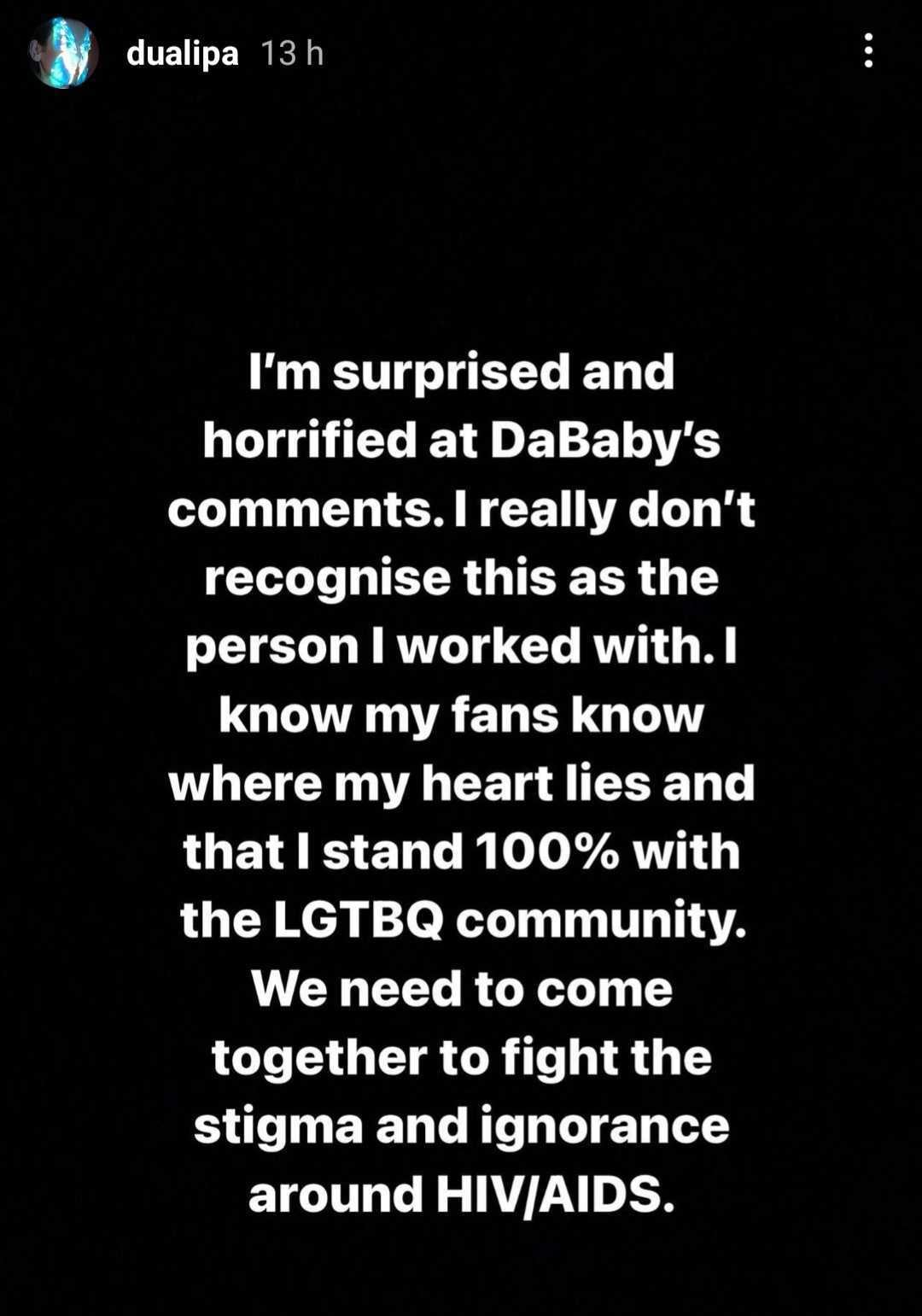 Following Lil Nas X's unapologetically gay music video for "Industry Baby" on Friday 23 July, American rapper DaBaby delivered a homophobic rant while performing at the Rolling Loud Festival on Sunday 25 July. The comments were filled with dangerous and stigmatising tropes about queer men being promiscuous and having HIV/AIDS. And as true hotties do, Dua Lipa and Demi Lovato have both publicly condemned DaBaby's homophobic comments on social media.

"I know my fans know where my heart lies and that I stand 100% with the LGBTQ community." — Dua Lipa

Dua Lipa collaborated with DaBaby on her hit song "Levitating" in 2020. After becoming aware of DaBaby's hateful rant at Rolling Loud Festival, Lipa shared on her Instagram stories that she is "surprised and horrified at DaBaby's comments. I really don't recognise this as the person I worked with. I know my fans know where my heart lies and that I stand 100% with the LGBTQ community. We need to come together to fight the stigma and ignorance around HIV/AIDS." Demi Lovato also condemned DaBaby and shared support for the LGBTQ community by amplifying the voice of queer activist and makeup artist Matt Bernstein on her personal Instagram page. "Hot people listen to the original version of levitating", Lovato captioned her repost of Bernstein's informative carousel that begins with an image stating that "HIV is not a gay disease."

British Celebrities
Kaz Crossley Is on a Mission to Spread Positivity, Starting With Thailand
by Navi Ahluwalia 2 weeks ago