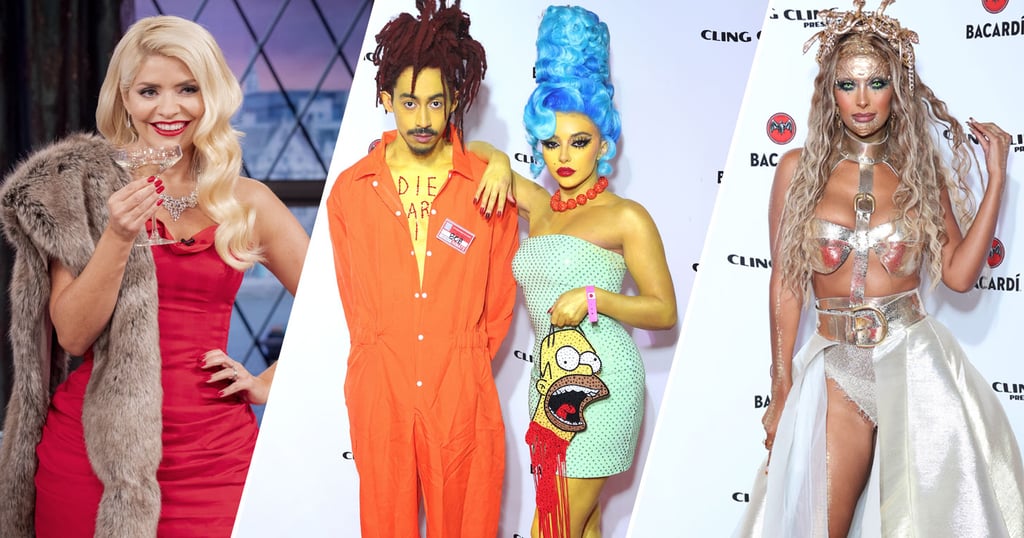 Celebrities Celebrated Halloween With Some Spooktastic Costumes — See the Pictures

One of the best parts of Halloween is putting together a fun and creative costume, and celebrities did just that as they celebrated the spooky holiday this year.

Ahead of 31 Oct., stars gave us glimpses of their looks on social media and on the red carpet. Laura Whitmore completely nailed Sarah Jessica Parker's character in Hocus Pocus for the Celebrity Juice Halloween Special on ITV (which aired on 31 Oct.), Holly Willoughy (who nails her Halloween costume every single year) looked ravishing as Miss Scarlet from Cluedo on This Morning, whilst Jamie Lee Curtis perfectly channelled her mother Janet Leigh's character in Psycho for the Halloween Kills premiere earlier this month.

A handful of stars with October birthdays like Doja Cat and Drake also hosted Halloween-themed bashes, but the biggest night of this year's Halloween weekend was without a doubt Saturday, 30 Oct. In London, Maya Jama (dressed as Medusa), threw a star-studded bash (complete with her own Maccy D's truck), whilst in New York City Harry Styles transformed one night of his tour into a Harryween fancy dress party, where the singer wore multiple costumes throughout the evening.

Celebrity Instagrams
Lindsay Lohan Announces Engagement to Bader Shammas: "My love. My life. My family. My future."
by Princess Gabbara 3 days ago