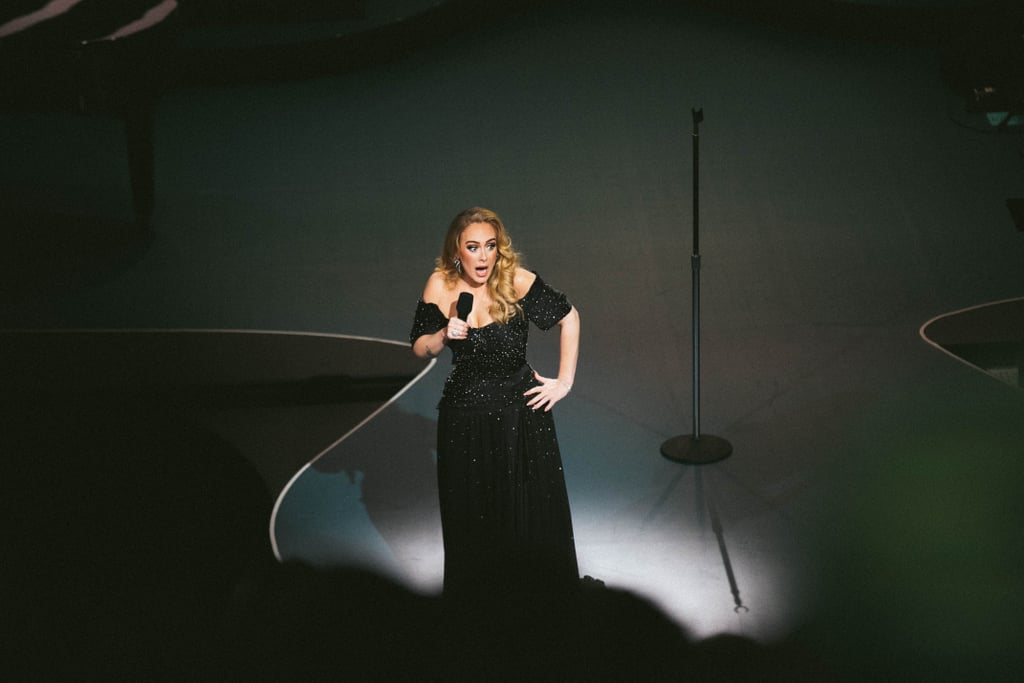 Adele's one-night-only TV special An Audience With Adele aired on ITV on Sunday night and, of course, it was perfection. From her glittering gown to her voluminous side-swept waves, Adele looked like the true Hollywood glamour that she is, and we lapped up every single second of her performance.

Much like with the Adele One Night Only special last week, the guest list for the concert at the London Palladium was stacked. It seemed like just about every British A-lister was in attendance, including Dame Emma Thompson, who was quickly trending online for her dancing, plus Emma Watson, Stormzy, Idris Elba, and many more.

Thankfully, the celebrities weren't just there for our spotting, but instead, a few were tasked with asking Adele questions, with an intimate Q&A peppered throughout the set list. It was easily our favourite part of the night, in part because she revealed some truly touching anecdotes from her childhood, but also because it was a rare insight into Adele's wit and sense of humour that we haven't had for such a long time.

Here are some of the best revelations from the night, courtesy of your favourite celebrities. And if you'd like to catch up on all the sweet moments from An Audience With Adele, it's streaming on the ITV Hub right now.