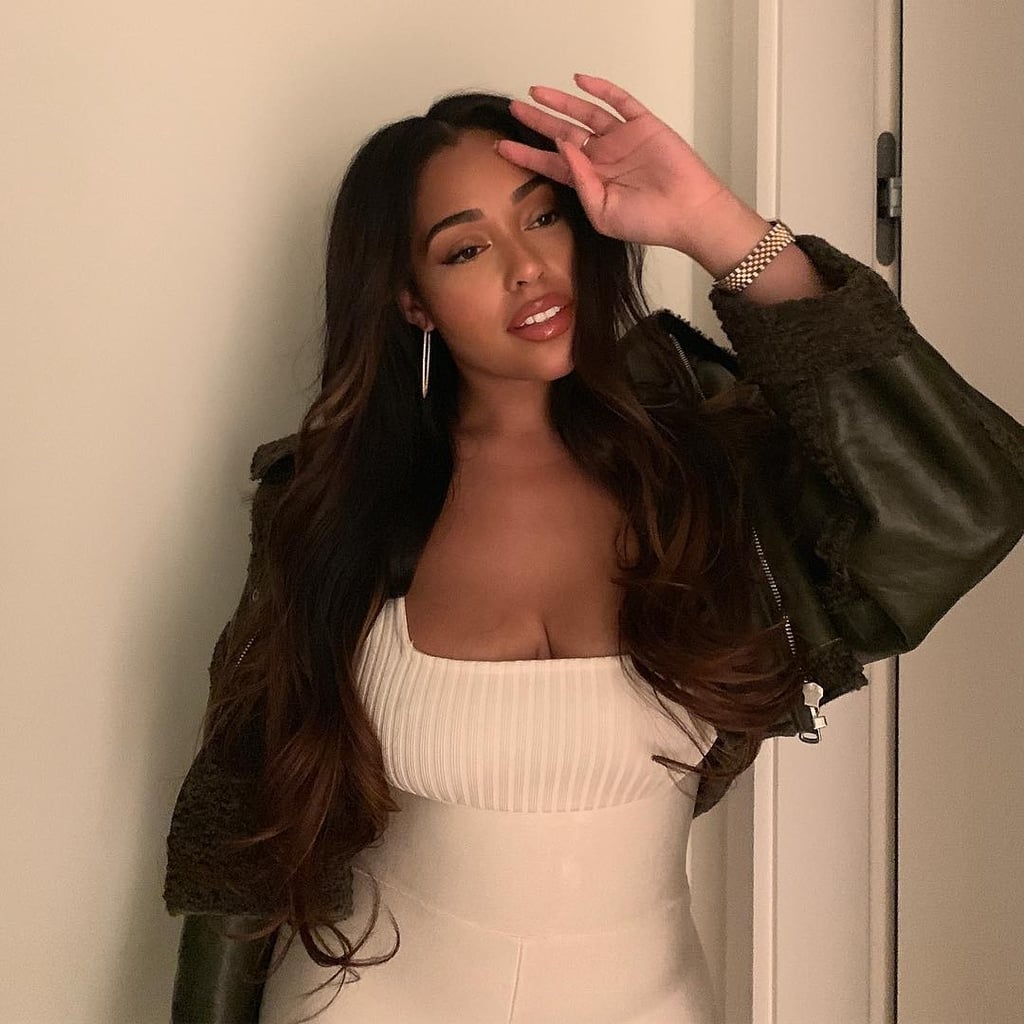 What We Know About Jordyn Woods, the Woman at the Centre of the Kardashian Drama

It's a new day, and that means a new dose of Kardashian drama. This time, it's another cheating allegation leveled at Tristan Thompson, the boyfriend of Khloé Kardashian and father of her daughter, True. Thompson has faced cheating scandals in the past, but this one has finally ended their relationship, partially because of how close to home it hit — Thompson's alleged affair partner is Jordyn Woods, the longtime BFF of Khloé's sister Kylie Jenner.

Jordyn, the 21-year-old model, has been best friends with Kylie for years. The two young influencers have rarely publicly talked about how they became friends, but since 2017 at least, they've been frequent presences on each other's social media. In a Q&A video posted to Kylie's YouTube page in June 2018, the duo finally revealed the origins of their friendship — through a mutual (and famous!) friend.

"We met through a mutual friend," Kylie explained. "She's known Jaden [Smith] like her whole life, and I met him in middle school. They were best friends, they still are."

"You guys told me to come over one day, I was like, 'Okay,'" Jordyn went on to explain, noting that Smith introduced the girls the Summer before they started high school and they clicked right away.

After these years of friendship, the duo costarred in Kylie's Keeping Up With the Kardashians spin-off Life of Kylie, a 2017 miniseries that focussed on Kylie and her life — and featured Jordyn prominently in her role as "inseparable best friend." Kylie also presented Jordyn with some serious gifts and supports: for Jordyn's 18th birthday, Kylie gave her a Mercedes, and when Jordyn's dad passed away in early 2017, Kylie donated $10,000 to the Woods family.

Aside from just being serious BFF goals on social media, the duo actively collaborated as well. Their most prominent collaboration? The "Kylie x Jordyn" collection, a limited-edition collection for Kylie's beauty label, Kylie Cosmetics. In September 2018, the ladies released the collection, featuring a multicolour eyeshadow palette and warm neutral lip glosses and lipstick, among other items, all packaged in adorable boxes with caricatures of Kylie and Jordyn together.

Although being besties with a Kardashian can't have hurt Jordyn's profile, she's done pretty well for herself, too, with 8.3 million Instagram followers who love her fabulous style. She's signed to the Wilhelmina International's Curve division, aiming at changing the conversation around models who aren't rail-thin, as she told Teen Vogue in a 2015 interview.

"I feel like it's an awesome way to show girls you don't have to look any particular way. You just have to be confident and own exactly who you are because one of the greatest things we're given is our individuality — not one person is exactly you. I want to show everyone that you can do what you want, don't be afraid to try new things . . . I just want to make a change in the curve industry because I want other curve girls to realise that you don't have to dress a certain way because you are curvy."

And in August 2018, she did just that with the release of Secndnture, a fitness brand that features bright, affordable pieces in sizes ranging from XS to plus sizes. At this point, though, it seems like her accomplishments as a model and brand creator are going to be seriously overshadowed by the Kardashian scandal.

DaBaby
Celebrities Are Calling Out DaBaby For His Homophobic Comments, and Rightly So
by Monica Sisavat 28/7

Celebrity Style
While We're Wondering If Kylie Jenner and Travis Scott Are Back on, Let's Discuss This Sexy Vintage Dress
by Yerin Kim 16/6