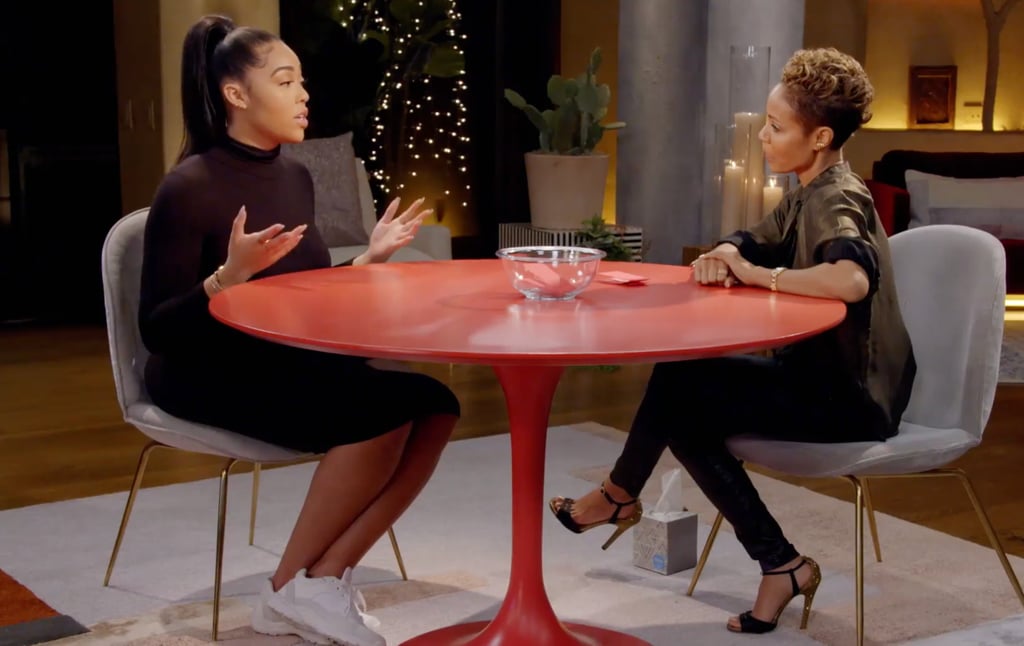 Jordyn Woods has finally broken her silence since the scandal between her and the father of Khloé Kardashian's daughter, Tristan Thompson, first hit headlines. In case you didn't know, at the end of February, news broke that Tristan cheated on Khloé — the mother of their nearly 1-year-old daughter, True — with Jordyn. Soon, a full-fledged online attack launched against Jordyn, notably lead by Khloé's friends Malika Haqq and Larsa Pippen.

But on Friday's episode of Red Table Talk, Jordyn sat down to tell her side of the story (which Khloé has since responded to.) She was joined by the show's host, Jada Pinkett Smith, who has known Jordyn her whole life and was friends with Jordyn's late father and former sound engineer on The Fresh Prince of Bel-Air, John Woods. Jordyn and Jada both got emotional while discussing the occurrence, its aftermath, and how it's affected Jordyn's personal life. Read on to see some of the standout quotes from Jordyn's tell-all interview.

Related:
What We Know About Jordyn Woods, the Woman at the Centre of the Kardashian Drama
Previous Next Start Slideshow
Celebrity InterviewsJordyn WoodsCelebrity ScandalsKhloe KardashianJada Pinkett Smith