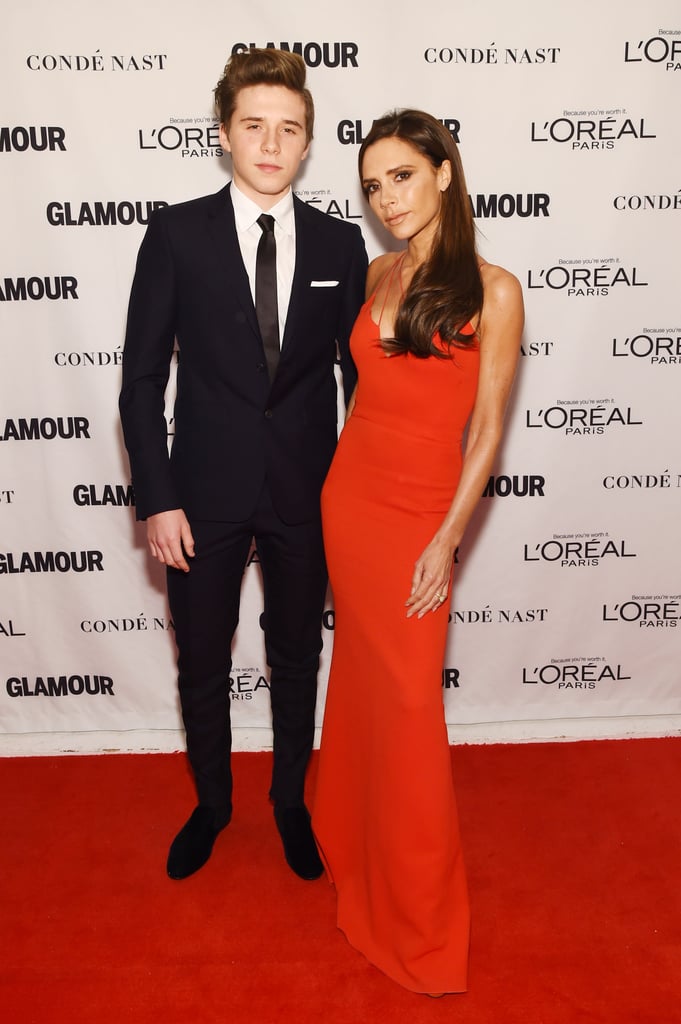 Victoria Beckham may have had the best date ever at the Glamour Women of the Year Awards in New York on Monday night. The designer walked the red carpet with her 16-year-old son, Brooklyn, and the handsome teen showed off a dapper look next to his stunning mum, who wore a strappy red gown. Brooklyn's appearance comes just a week after Victoria took his younger brothers, Romeo and Cruz, out on the town for a Burberry event in London.

Victoria was recognised at Glamour's annual ceremony for her work as a fashion designer and philanthropist, and joined other honourees Amy Schumer, Reese Witherspoon, and Caitlyn Jenner. Brooklyn took the stage to present his mum with her trophy, and the two shared an adorable hug to cement the moment. Earlier in the day, Victoria made an appearance on Good Morning America with the magazine's editor-in-chief, Cynthia Leive, to talk about the big honour, saying, "It took me getting to 40 years old to realise I have a powerful voice." Keep reading to see more photos from Victoria's big night, then check out all the moments that made you want to be a part of her family.

Celebrity Style
Dua Lipa, Rochelle Humes, and More of the Best Dressed at the 2021 British Fashion Awards
by Kara Kia 2 days ago