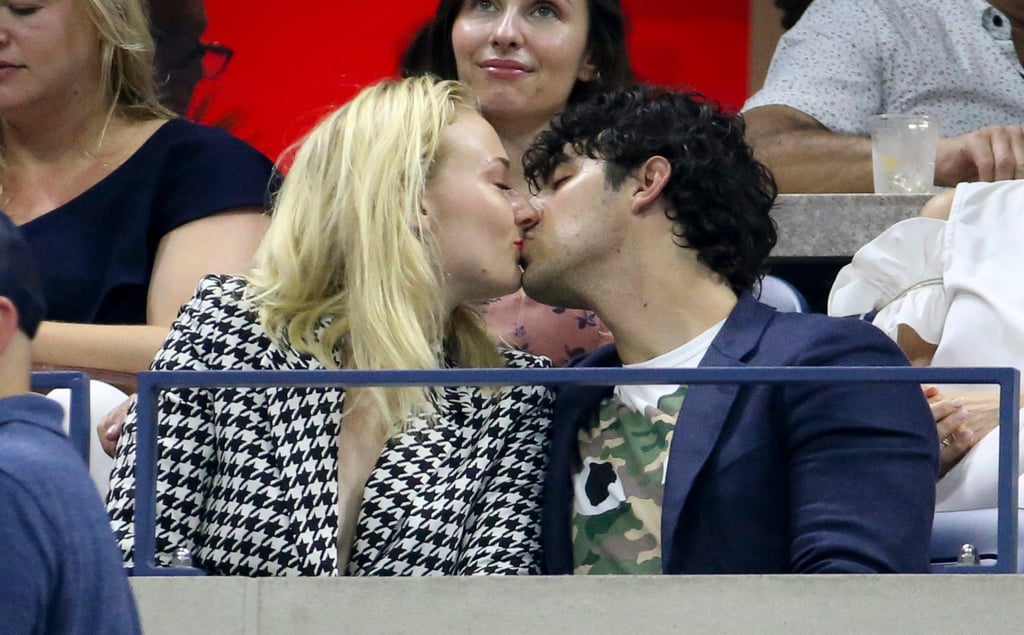 Anyone For Tennis? Sophie Turner and Joe Jonas Share a Kiss at the US Open

Tennis fans Sophie Turner and Joe Jonas made their second visit to the US Open on Monday, and though they were clearly very involved with the action on court as they watched both Maria Sharapova and Roger Federer get knocked out of the competition, they also found themselves getting a little distracted . . . by each other. The loved-up couple, who got engaged in October last year, were spotted kissing in the stands during a quiet moment on court.

They were joined for part of the day by Joe's older brother Kevin and his wife Danielle, who seems to have a tight bond with her sister-in-law to be. The two sat next to each other, giggling and taking photographs. Danielle's not the only Jonas family member who's been won over by the Game of Thrones actress; Kevin Jonas Sr. has also sung the praises of his son's fiancée and she's clearly a much-loved part of the family. We still don't know when Sophie and Joe's wedding will take place, but it's not the only big Jonas wedding in the works. Nick Jonas is set to marry Priyanka Chopra after proposing to the actress in May. Sophie's already spoken out about their relationship, describing Priyanka as "beautiful, inside and out."

Julia Fox
According to Julia Fox, Juliye Is In
by Naledi Ushe 1 day ago