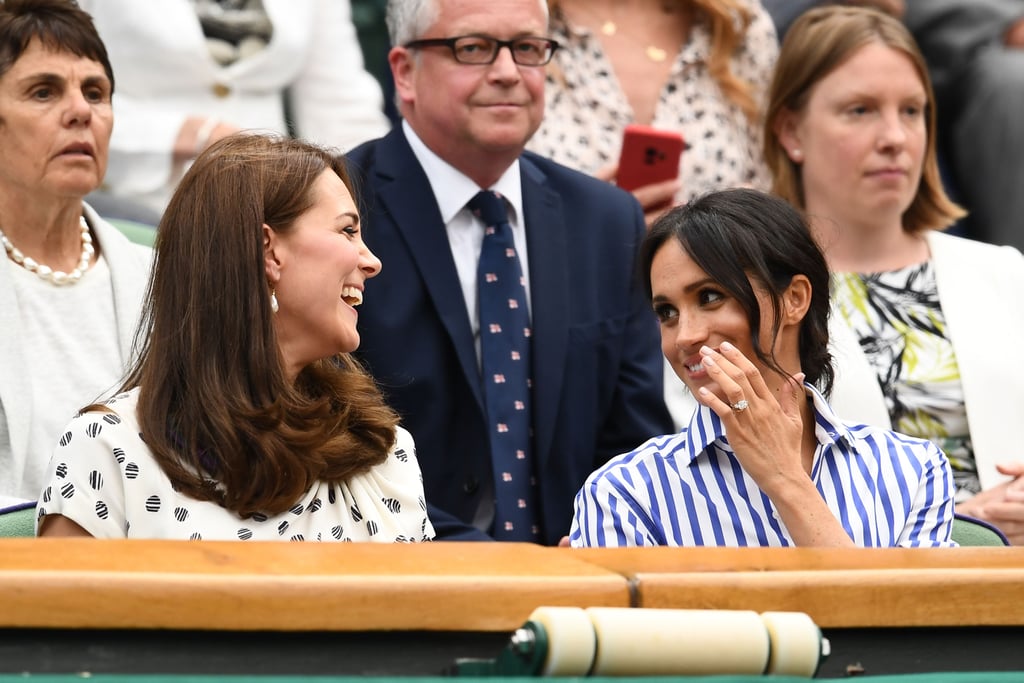 On Saturday afternoon, the Duchess of Cambridge was joined by her new sister-in-law in the royal box at Wimbledon. The women arrived early to watch the men's semifinals before the long-awaited women's final, where Serena Williams battled Germany's Angelique Kerber for glory. As patron of the All England Lawn Tennis and Croquet Club, Kate is a frequent attendee of the tennis championship. Her family are all big tennis fans, and we've already seen her parents and her sister Pippa and brother James at this year's event. Meghan, meanwhile, had her own important reason to attend, as she's close friends with Serena Williams, who was a guest at the royal wedding in May.

The sisters-in-law both looked stunning as they sat together in the sunshine at the London venue, enjoying all the action from their VIP seats. They were no doubt excited to reach the end of a very busy week for the entire royal family. Things kicked off with Prince Louis's christening on Monday, then came Tuesday's RAF 100th anniversary celebrations, followed by Harry and Meghan's visit to Ireland, and on Friday, the queen's first meeting with President Donald Trump. It's not quite over for Kate, though, as she and Prince William are set to attend the men's final on Sunday, too. Stay tuned for that, and for now, take a closer look at Kate and Meghan's ladies' day out! 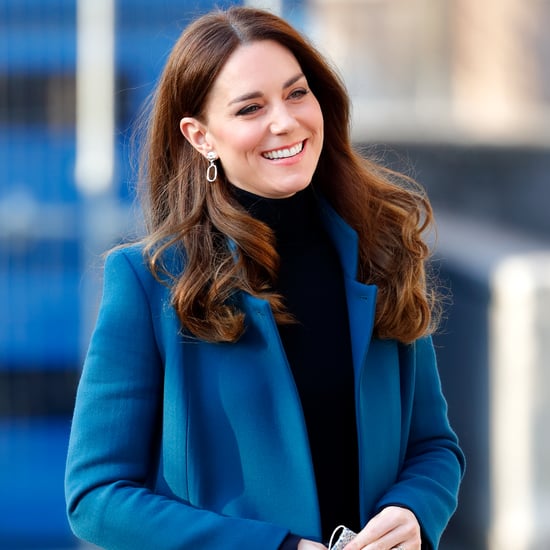