The Sony hack fallout continues to wreak havoc, but this time it's not just about the latest email to be leaked. The movie at the heart of it all, The Interview, is now suffering consequences. The satirical comedy, which stars James Franco and Seth Rogen as an interviewer and his producer who are sent to murder reigning North Korean dictator Kim Jong-un, was allegedly the reason hackers attacked Sony in the first place, and now, new threats are affecting the movie's release. Here's a rundown of the fallout in terms of the film. 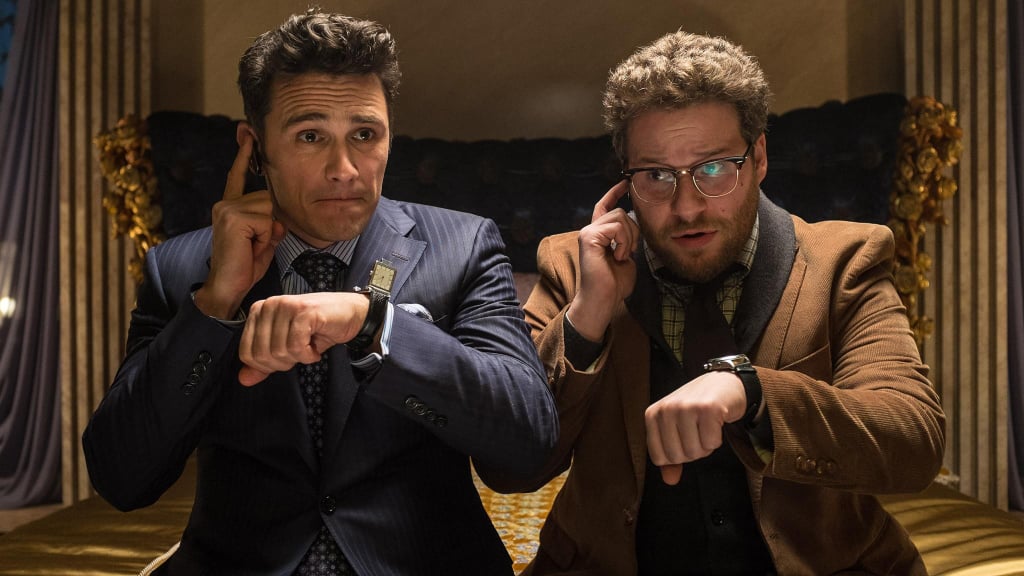 Want to know what's in the movie? Here's what actually happens in The Interview.