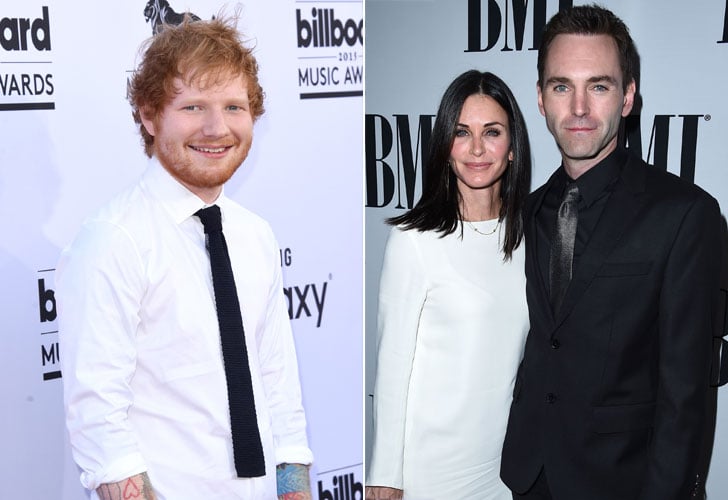 Ed Sheeran's love songs have played a part in plenty of relationships, but it turns out Ed himself is also somewhat of a modern-day Cupid. While the "Shape of You" singer-songwriter was writing his 2014 album, X, Courteney Cox let him crash in her Malibu beach house for free. "There was no rent but I made the bed and cups of tea and things like that," he told The Sun. "If you're staying at your friend's house, you should treat it like your own." Although it's unclear how the two unlikely pals first linked up, he repaid the Friends actress with more than household chores: he introduced her to her future fiancé, Johnny McDaid. The Snow Patrol musician, whom Ed met while opening for the band on tour in 2012, stopped by Courteney's home to help Ed out with the album and apparently had an instant connection with Courtney.

The pair got engaged in June 2014 after six months of dating, and it was rumoured that Ed would officiate their nuptials, as well as perform a few songs at their reception. Courteney happily revealed the fun news to The Sun, saying, "We are certainly grateful to Ed for introducing us. I can't imagine him not playing something at the wedding. It'll be a musical night." Although Courteney and Johnny later called off the wedding in December 2015, they reunited just a few months later. Hopefully there's still a tear-jerking wedding performance courtesy of Ed in their future!