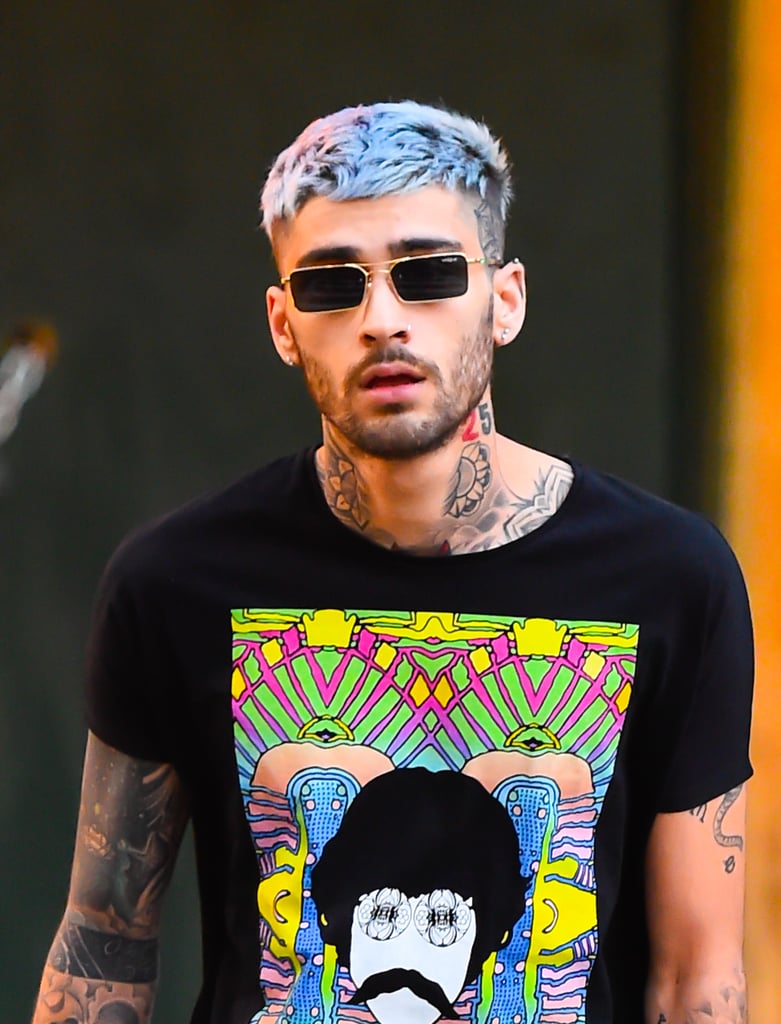 Everything We Know About Zayn Malik's Many Tattoos

"Pillowtalk" singer and new dad Zayn Malik is covered in ink. He started getting tattooed nearly a decade ago during his early days in One Direction. While in the band, he and the other boys got numerous tattoos all over the world, and he's continued to add to his art ever since. He has a few nods to his girlfriend, Gigi Hadid, and I can't help but wonder if he already has any ink dedicated to his new baby girl. If he doesn't now, he definitely will soon, as he seems keep to show his love through his body art. Ahead, find everything I know about Zayn's tattoos, including anything he's said about any of them. He's mostly remained mum on his pieces, and there are most likely some tattoos I've missed — like I said, there are SO many — but this list is fairly comprehensive!

Hair
Barbie Ferreira Is Now "Barbie Weasley," Thanks to Her New Red Hair Colour
by Victoria Messina 1 day ago

Hair
Zendaya's Hair Looks Like a Bob From the Front, but Wait Until You See the Back
by Jessica Harrington 2 days ago