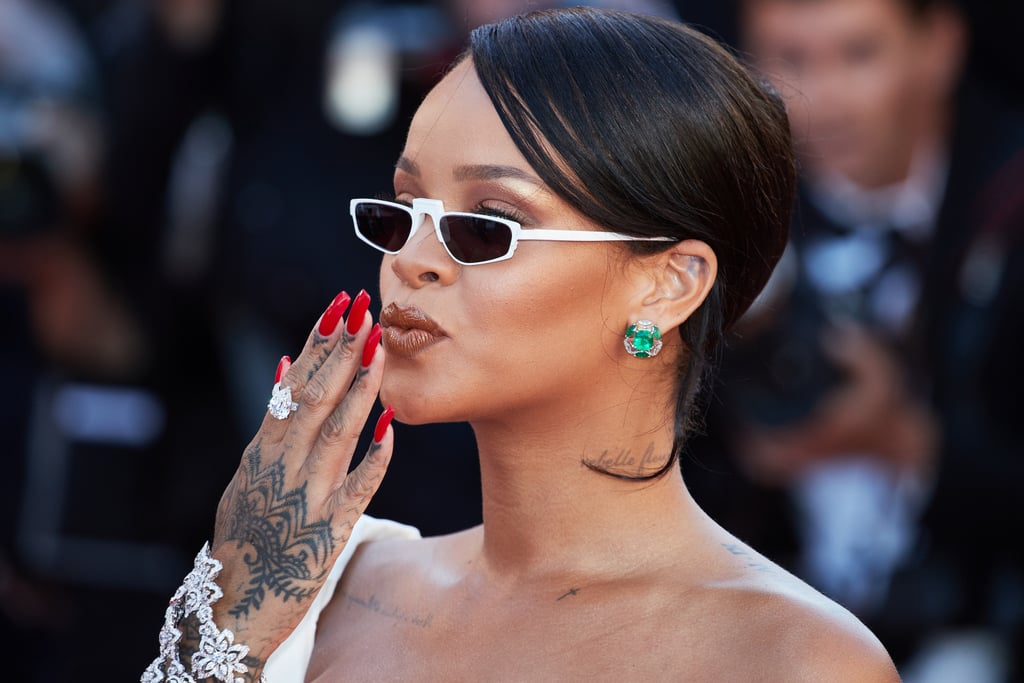 What Do Rihanna's Tattoos Mean? Here's a Quick Guide

If there's anything we know about Rihanna, it's that she's big fan of tattoos and body art. In fact, the singer's most recent piece of ink had the entire internet — or at least those of us who spend way too much time on it — in a frenzy thanks to its slightly awkward undertone. Back in June when she was spotted out in New York City during a date night with her boyfriend A$AP Rocky, fans noticed that her new tattoo, a crown on her left ankle, was actually a cover up for what was previously there: a camouflage shark that she once got with Drake.

According to E! News, Rihanna went to New York City's Bang Bang Tattoo in 2016 to get the shark as a reference to one of her dates with the rapper, during which her took her to an aquarium in Toronto and bought her a toy shark. (He reportedly has the same design on his arm.) While the circumstances surrounding her new tattoo are maybe a bit awkward, she has over a dozen others that are pretty meaningful as well, and they're just as sick.

If you've ever wondered what each of them means, keep reading as we take you through a guide to Rihanna's tattoos.

Hair
The Biggest Beauty Trend on the Met Gala Red Carpet This Year? Hair Structures
by Danielle Jackson 1 week ago

Celebrity Style
Was Rihanna Hiding This Sheer Afterparty Skirt Under Her Billowing Met Gala Gown?
by Victoria Messina 1 week ago

Celebrity Style
Rihanna Has Arrived at the Met Gala, and She Sure Looks Cosy in Her Parka Gown and Beanie
by Yerin Kim 1 week ago