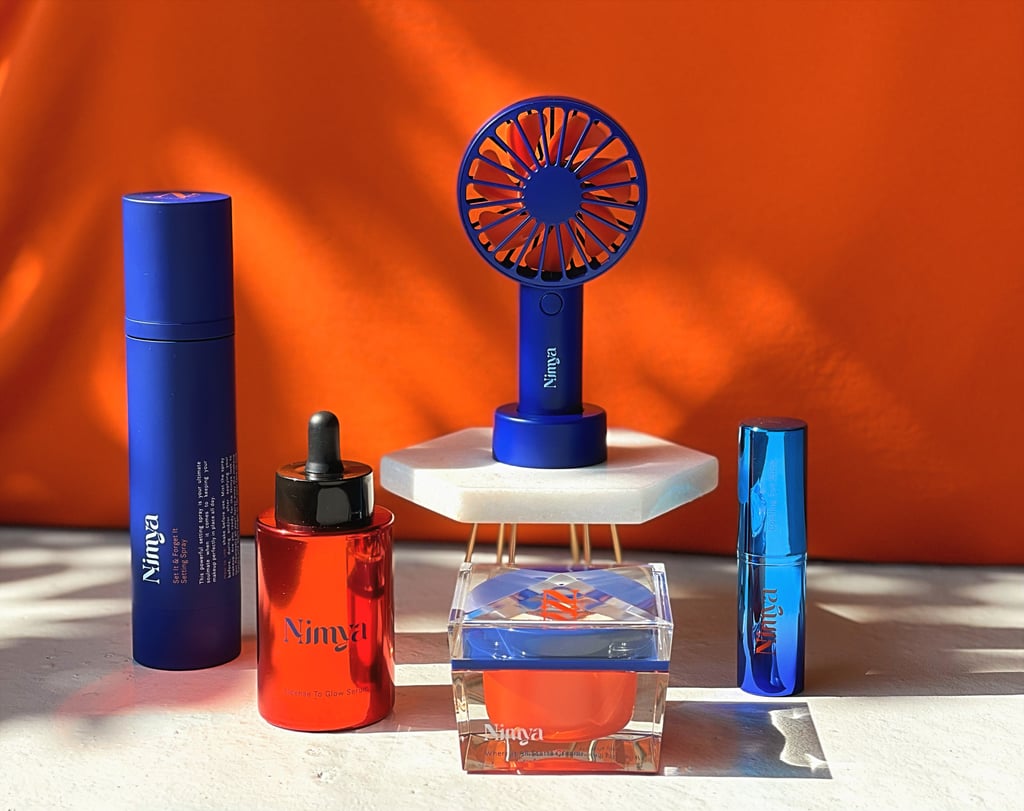 NikkieTutorials on Launching the Unexpected With Nimya: “My Biggest Insecurity is Predictability”

For years, NikkieTutorial's 13.8 million YouTube subscribers and 15.2 million Instagram fans have been waiting patiently for the beauty vlogger to launch her own product line. And while for them it may have felt like a long time coming, for NikkieTutorials, whose real name is Nikkie de Jager, the launch of her own beauty brand came exactly at the right time. "We began toying with the idea of products created by me — not necessarily a brand — almost three years ago," de Jager told POPSUGAR of how Nimya by Nikkie Tutorials came to be. "I wanted it to be sooner, but I'm a neat freak and I just wanted to perfect everything until I felt like it was totally ready to go out into the world."

But it wasn't just her perfectionism that held her back. De Jager also just needed some time. The past few years have been a flurry of major life events and learning the ropes of the beauty industry, which came with its up and downs that often played out very publicly over social media. "Investors and companies were often like, 'Let's do an entire line, let's put something out there,' but it never felt like the right timing for me," she explained. "Having my history with Too Faced — I think that's a known thing in the world now — it totally shattered my trust with companies and investors," she explained. "It took away my trust to even come out with anything in the industry."

Slowly but surely, and with great consideration, de Jager began to reconsider launching products of her own. "Almost three years ago, Wes [van Os], my manager, he was like, 'Aren't you missing out on stuff? What do you miss in your routine?' And before I realised it, I named five products that I wish I had. So he was like, 'OK, let me find what I can do,' and went about finding labs and people that could help us out."

Once de Jager and van Os found labs to work with, the process took on a life of its own. "All of a sudden, I was trying out lab samples, then I was trying it on my face, and I was asking Dylan what he thought of it, and so on and so forth," de Jager said. "And before I knew it, we had [finished] products."

Those finished products include a setting spray and three skin-care items, plus a fun handheld fan rendered in the brand's blue and orange colour scheme that de Jager describes as "a perfect companion to the setting spray and just in life". All four products are directly influenced by her tutorials. "I started watching my videos, and I was like, 'Well, I always shout that 'not to prime is a crime'; and then, because I'm always combining up to four primers at once, I was like, 'we need to find a primer that does it all — that moisturises, gets rid of dry patches, but also has that stickiness that I love." The setting spray is called "Set It and Forget It", which is based on another one of de Jager's tag lines, whilst the License to Glow Serum is a nod to de Jager's fans that she affectionally calls "Glow Babies".

Missing from the range are any cosmetics. There's no lipstick, no contouring powder, no eyeshadow palette. For someone known around the world for her epic makeup looks, it was a surprising move — and that was the point. "I think my biggest insecurity is predictability," de Jager said of her choice to avoid makeup for her first launch. "I just knew that if I was going to come out with an eyeshadow palette or a liquid lipstick, it would've been boring. It would've been fun, but it would've been predictable. And to me, I was like, 'OK, what can I search within my routine that is totally me, but still is fresh on the scene?'"

One thing we were interested about was where the name "Nimya" comes from. "Wouldn't you like to know?" de Jager laughed. "It's so funny to me because we came up with this name, and I think we might say it one day in the future, but we kind of like the mystery surrounding it. And we like having people on their toes being like, 'Well, what does it mean?' I like the guessing game . . . and nobody's guessed it right."

What de Jager does share readily is the struggles of launching a line and how she's nervous about how the products will be received, which she did in the vlog announcing the Nimya launch. But whatever happens next with Nimya, right now Nikkie is ecstatic about how everything turned out and confident in her decision to hold off. "I think what I've learned from previous collabs was that you can take as long as you need," she said. "I know people have been waiting, and at times I was like, 'We have to come out with this now.' But you know what? I think the timing was just right. We waited until all the products were ready, and no matter what happens, we have a really amazing launch."

Keep reading to hear what Nikkie has to say, and our honest review, about each product in the range.

Drinks
Your Guide to the Best Nonalcoholic Drink Options, From Refreshing Fake Gins to Faux Pink Bubbly
by Simone Williams 1 week ago

Celebrity Style
Adele Has Custom Saturn Earrings to Match Her Tattoo, and I'm Only a Little Jealous
by Sarah Wasilak 1 week ago