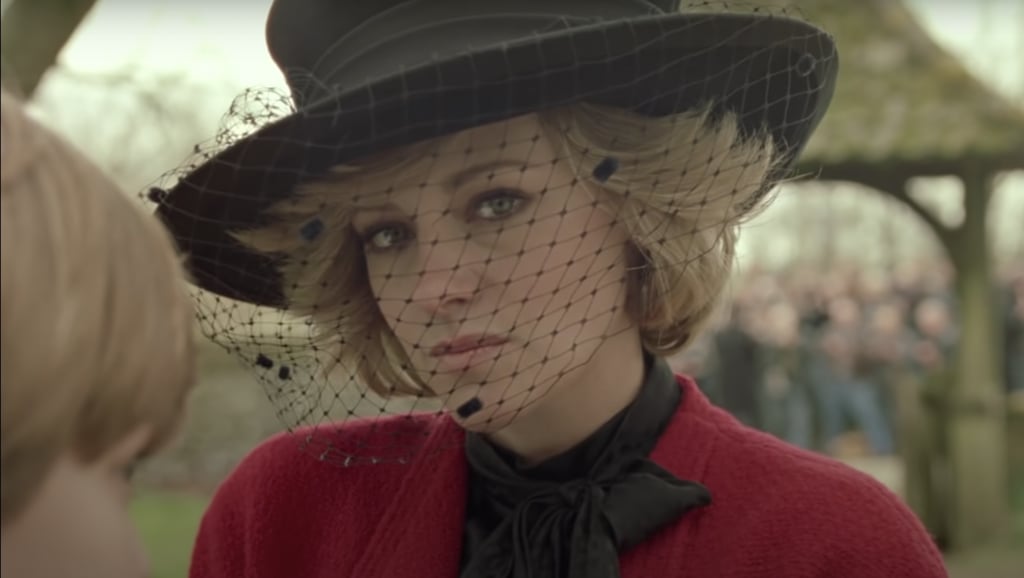 The release of Spencer, Pablo Larraín's film about Princess Diana's decision to leave her marriage with Prince Charles, is only a few weeks away, and we can't wait. We've been given plenty of films and television shows starring the royal family over the years, but nothing quite like this before. The anticipated drama, starring Kristen Stewart, provides a behind-the-scenes look into the turmoil of the Prince and Princess of Wales' union, and from the looks of the trailer so far, Stewart knocks it out of the park.

While we wait to catch the full picture on the big screen, the production company, Neon, has given us plenty of peeks into Stewart's portrayal of Princess Diana during the filming process, and there's no denying the resemblance between the actor and the late royal she plays. The hair and makeup team nailed Diana's signature beauty look, right down to the eyeliner on her bottom lash line and her blonde, layered shag that's parted on the side with swooping fringe and blown-out ends. Not to mention, the costumes match up perfectly with some of her most iconic outfits. All of this helps transform Stewart into Princess Diana's on-screen twin.

See a comparison of the hair and makeup for yourself ahead, and watch the trailer for Spencer if you haven't already.