Famous for its high-tech yet gentle formulations, affordable prices, and most recently from a whole lot of hype on TikTok, CeraVe has fast become one of the most-talked-about brands. Since the US import landed in the UK a couple of years ago, I've probably been one of the brand's biggest fans — religiously using the hydrating and foaming cleansers as part of my daily routine and recommending the entire range of ceramide-packed skin care to friends and family (even my grandma is a CeraVe convert). So, when CeraVe announced a new Hydrating Cream-to-Foam Cleanser (£12.50) promising to offer the benefits of a double cleanse with just one bottle of cleanser, you can bet I was first in line to see if the all-in-one cleansing formula would live up to its claims.

CeraVe's latest formula has all the benefits of a double cleanse — hydrating your skin, removing tough makeup, all the while maintaining the skin's barrier — in one easy step. It effectively acts as a hybrid of the brand's classic Hydrating Cleanser and Foaming Cleanser thanks to a combination of ingredients and unique cream-to-foam formulation. However, as New York City-based dermatologist Dr Michelle Henry points out, this is very different from your average foaming cleanser.

"Foaming cleansers were developed to remove oil, dirt, and debris effectively and while they worked well for oilier skin types, they were not as well tolerated for sensitive or normal skin types as they did not replenish the essential moisturising factors they stripped away," she told POPSUGAR. "They typically used SLS (sodium lauryl sulfate) as a surfactant which while very effective at removing dirt can be extremely harsh and drying." This new innovation, however, has a foaming mechanism that helps to lift dirt and oil more effectively, but combines a gentle surfactant with other ingredients to help support the skin's barrier function. "It leaves your skin hydrated not stripped so even those with dry or sensitive skins can use it," Dr Henry explained.

Like the entire CeraVe range, the new cleanser contains three essential ceramides (the fatty acids found naturally in your skin) to help maintain the protective skin barrier and reduce water loss, as well as hyaluronic acid to lock in hydration. Along with the all-important ceramides, the formula also uses an amino-acid-based surfactant that keeps skin soft and supple, delivering a soft cream that turns into a foam to gently remove oil, makeup, and dirt without ever drying out the skin.

Unlike the current lineup, however, the new formula takes the place of a cream cleanser followed by a foaming cleanser, and therefore omitting the need to double cleanse. According to CeraVe, around 76 percent of women use two different cleansers to remove their makeup and wash their face, but it's possible many people might be overcleansing or stripping their skin of its natural oils in the process. The brand's cream-to-foam formula is gentle enough to use (even on your eyelids, as it's ophthalmologist tested) to remove all of your makeup, before turning into a foam to remove excess oil and dirt straight after. 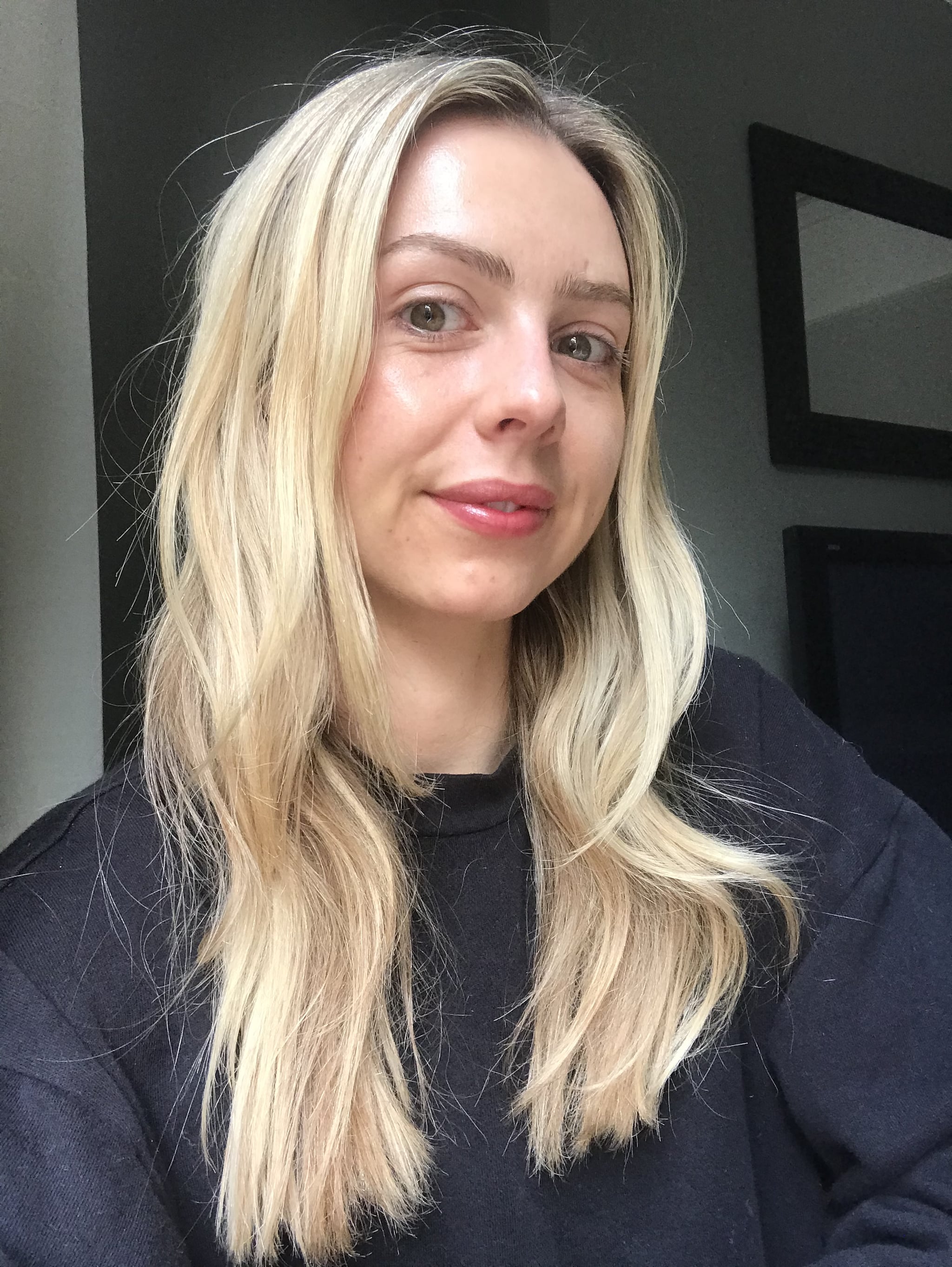 This is my skin after washing it with the CeraVe Hydrating Cream-to-Foam Cleanser.

Putting the Cleanser to the Test

As I mentioned earlier, I'm a big CeraVe fan, so much so that I've been using the hydrating and foaming cleansers every morning and every evening since the brand came over to the UK in 2018. So, I was intrigued to see if this new formula could actually do the job of both of my favourite formulations without compromising on efficacy.

I usually use an oil-based or cream cleanser to break down makeup and SPF first (as oils and creams act as a solvent for dirt and oil), followed by a water-based, foaming face wash to clean deeper into my pores and lift any invisible impurities lingering about.

To put the Hydrating Cream-to-Foam cleanser to the real test, I used it on a full face of makeup (for me that's mascara, foundation, SPF, and lipstick) to see, firstly, if the formula was powerful enough to remove tough makeup and secondly, if it was then gentle enough to replenish my skin and restore hydration. I have quite sensitive skin, which means that generally speaking, I avoid standard foaming cleansers (with the exception of CeraVe's foaming formula which also uses a more gentle surfactant), and my skin is particularly dry at the moment.

I must admit that when I heard the words "hydrating" and "foaming" I was slightly skeptical, as foaming formulas tend to dry out my skin a lot. I've also never come across a face wash that touted itself as a "double cleanser" to actually work. This new CeraVe launch proved me wrong on both accounts.

Surprisingly, it was even more gentle than the original Foaming Cleanser on my skin: the silky, cream-like texture felt more hydrating, removing every — and I mean every — last trace of my makeup (mascara included) before lathering up into a very satisfying froth to really clean (not strip) my skin — and without that familiar dry feeling you get from standard foams. The biggest difference for me was probably the texture; it was really comfortable on my skin, and I repeat: not drying in the slightest.

My skin felt fresh and hydrated and actually looked really glowy straight after using it — no itchiness, redness, or tight skin in sight. I'm impressed, as always, by CeraVe, and would definitely recommend using this in place of a double cleanse, especially if you have sensitive or dry skin. 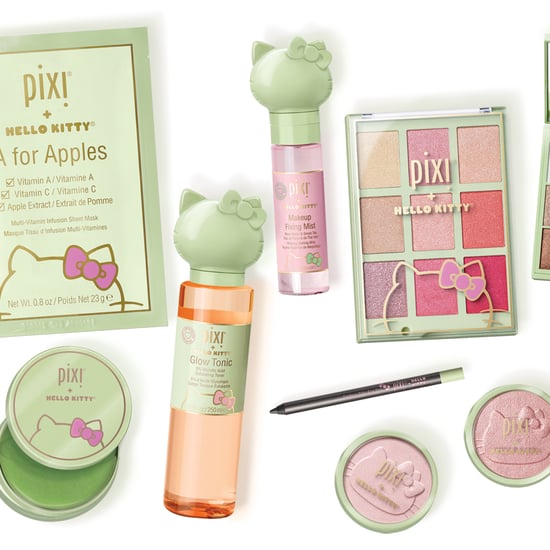 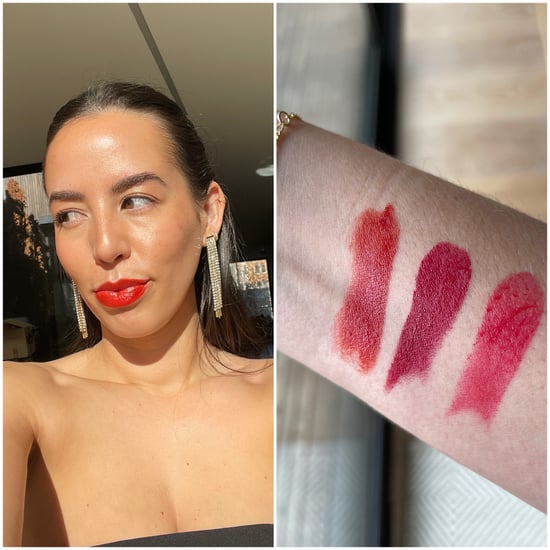 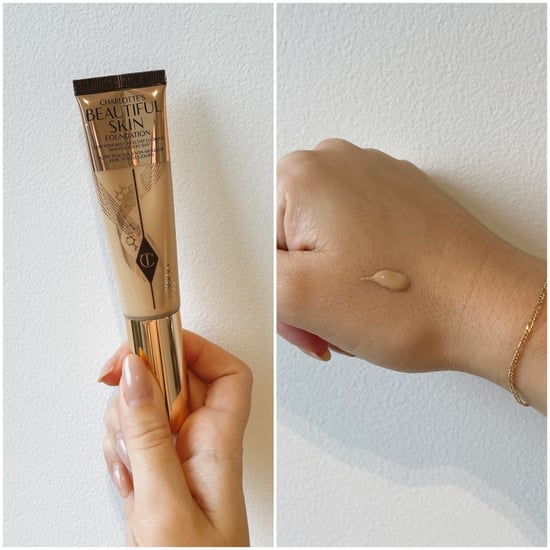 Makeup
Go Ahead, Snap a Pic — Charlotte Tilbury's New Foundation Has Me Fully Camera Ready
by Renee Rodriguez 1 week ago 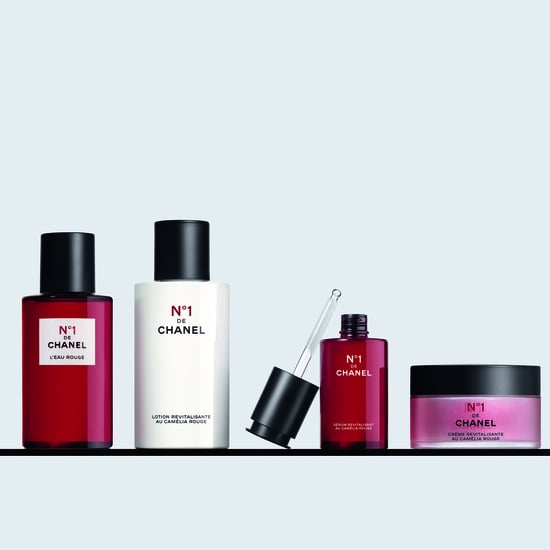 Skin Care
Chanel Aims to Merge Luxury and Sustainability With Its Newest Beauty Line, No. 1 de Chanel
by Sophia Panych 1 week ago 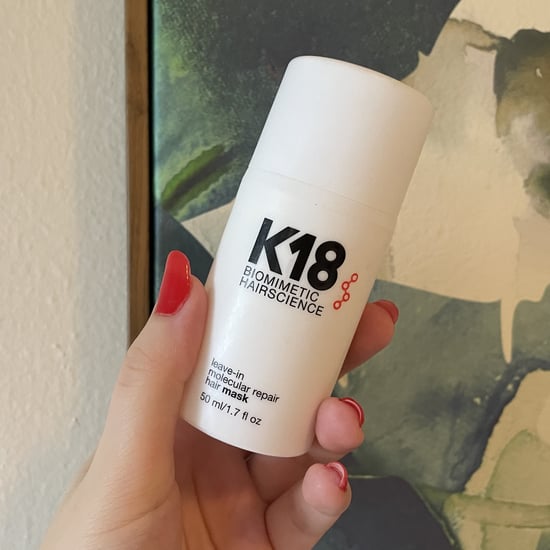 Hair
I Tried the Viral Hair Mask From TikTok, and My Hair Has Never Felt Better
by Jessica Harrington 2 weeks ago