Bon Qui Qui had her nail art, but suburban housewives? They had the French manicure. Back in the early aughts, everyone who was anyone walked around with white-tipped nails — acrylics optional, but not required — until all of a sudden. . . they didn't. A few years later and the look was all but swept under the rug, dismissed for the next decade by many who called it "too cheesy."

Then suddenly, inexplicably, French nails travelled in time to 2018, showing up in blockbuster movies, red carpets, and even music videos. (Ocean's 8 and "Thank U, Next," anyone?) "Fashion has taken a '90s turn from influence, so of course the trends have returned from that era," said Elle, celebrity nail artist for LeChat. "I'm enjoying the new modern twists, maybe because it comes from my era. But how you approach the modern take is vital; the nail shape should be a ballerina, not a square."

Unsure how to do it yourself? Follow the lead of Ariana Grande, Kim Kardashian West, and more ahead. But remember: "If it's not done right, it will become 'basic,'" Elle said, which — to steal a phrase from one particular country — is the opposite of trés chic. 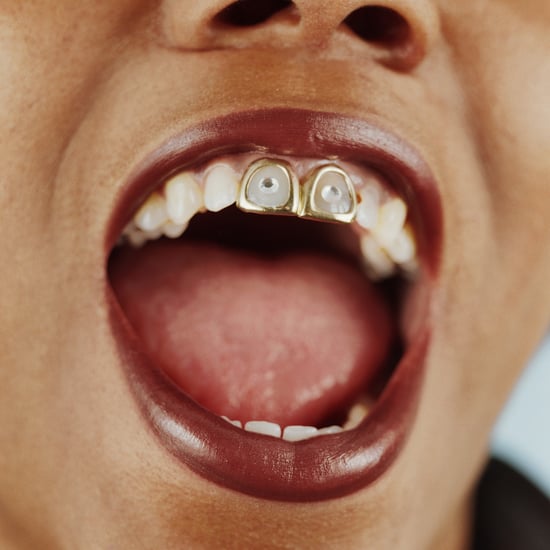